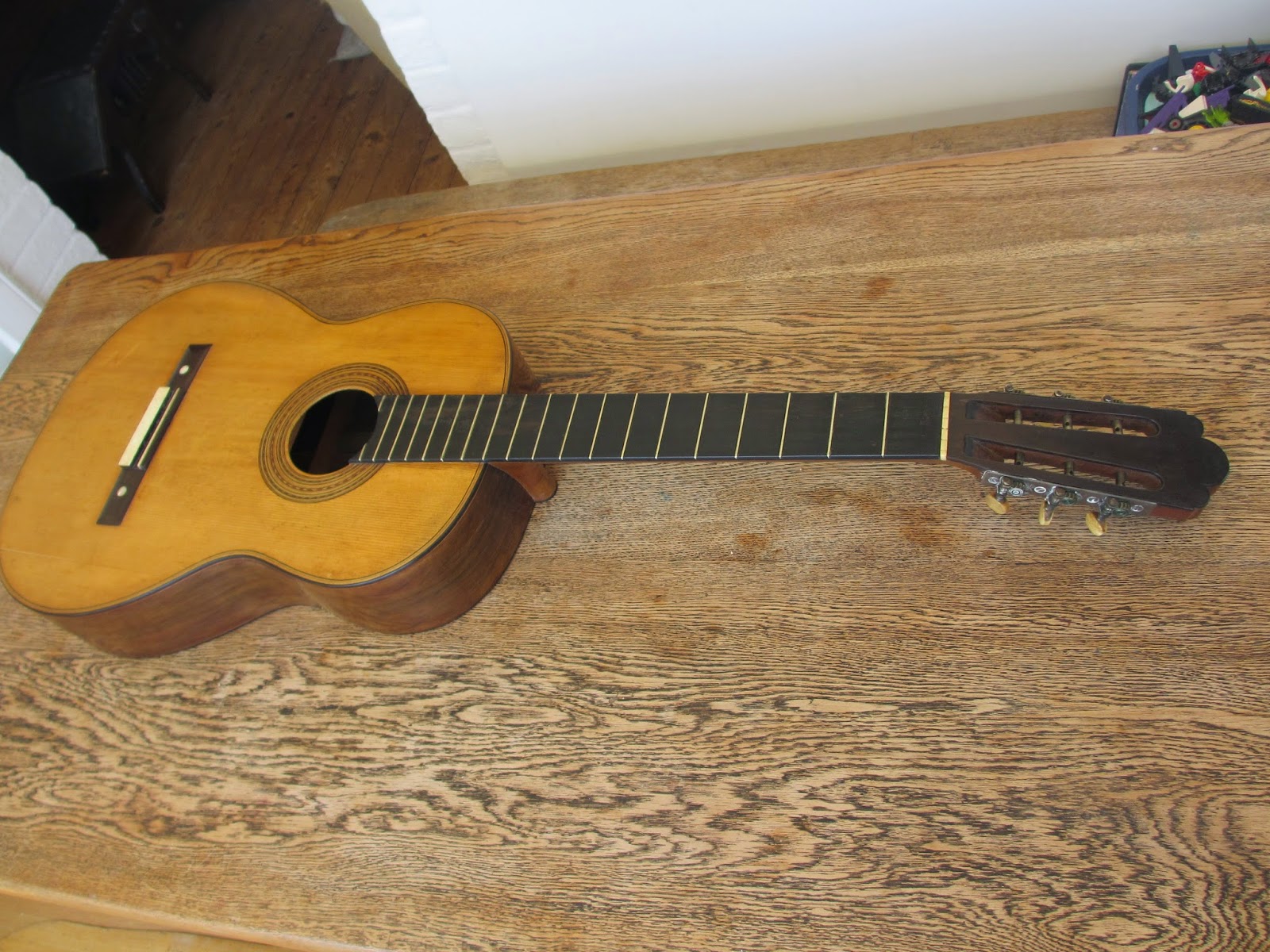 Every so often a guitar turns up in the workshop that you can't get out of your head. This guitar by Antonio Torres is one of those guitars.

Until recently, this guitar was simply not known about and lay in storage in the house of its owner. It is a large bodied, seven fan strut guitar, with the back made of rosewood and mahogany, and it carries many of the most iconic features of this great maker's work, such as the 3-lobed headstock and the herringbone inlay in the rosette. Although it has playing wear and humidity cracks, it is in virtually untouched condition which is truly remarkable. So many Torres guitars have inevitably been altered or restored, but with this guitar you see the work of Torres; the doming on the front, the exquisite shaping of the head and even the polish - all original and as Torres left it.

One extraordinary feature of this guitar is the grain orientation on the front as it is 3 degrees off centre. This is startling and almost unnerving at first glance. It is, however, almost symbolic of this makers approach to his craft and illustrates his insistence on using the timber available to him in the best possible way.
Startling and unnerving maybe but not unique in Torres work; a Torres guitar owned by Tarrega, SE114 (also from 1888)  exhibits skewed grain, as does SE99.

This guitar is due to be auctioned at Bromptons in London on October 27th, along with other fine guitars. I will write about this instrument in much more detail in a future post. 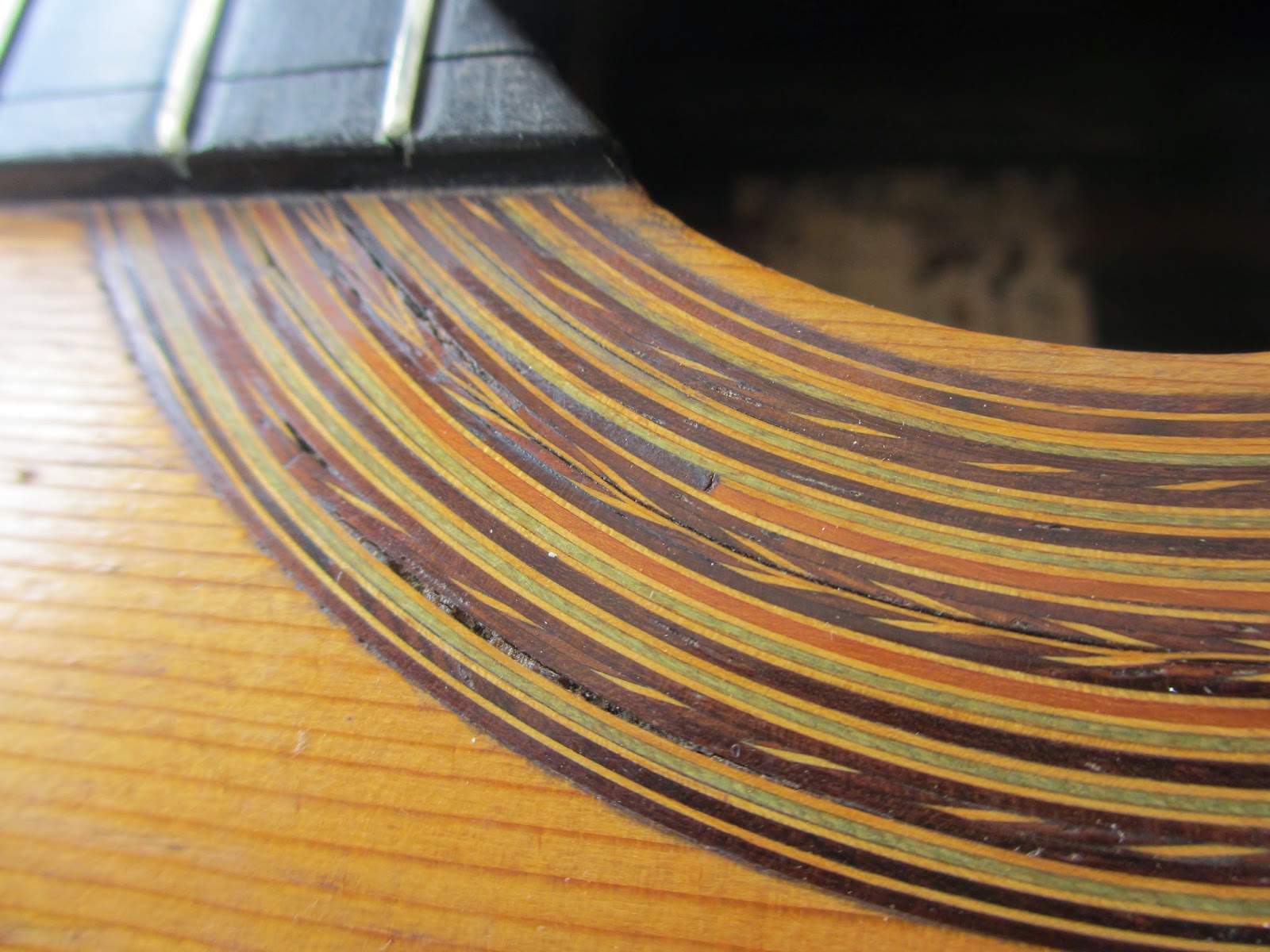