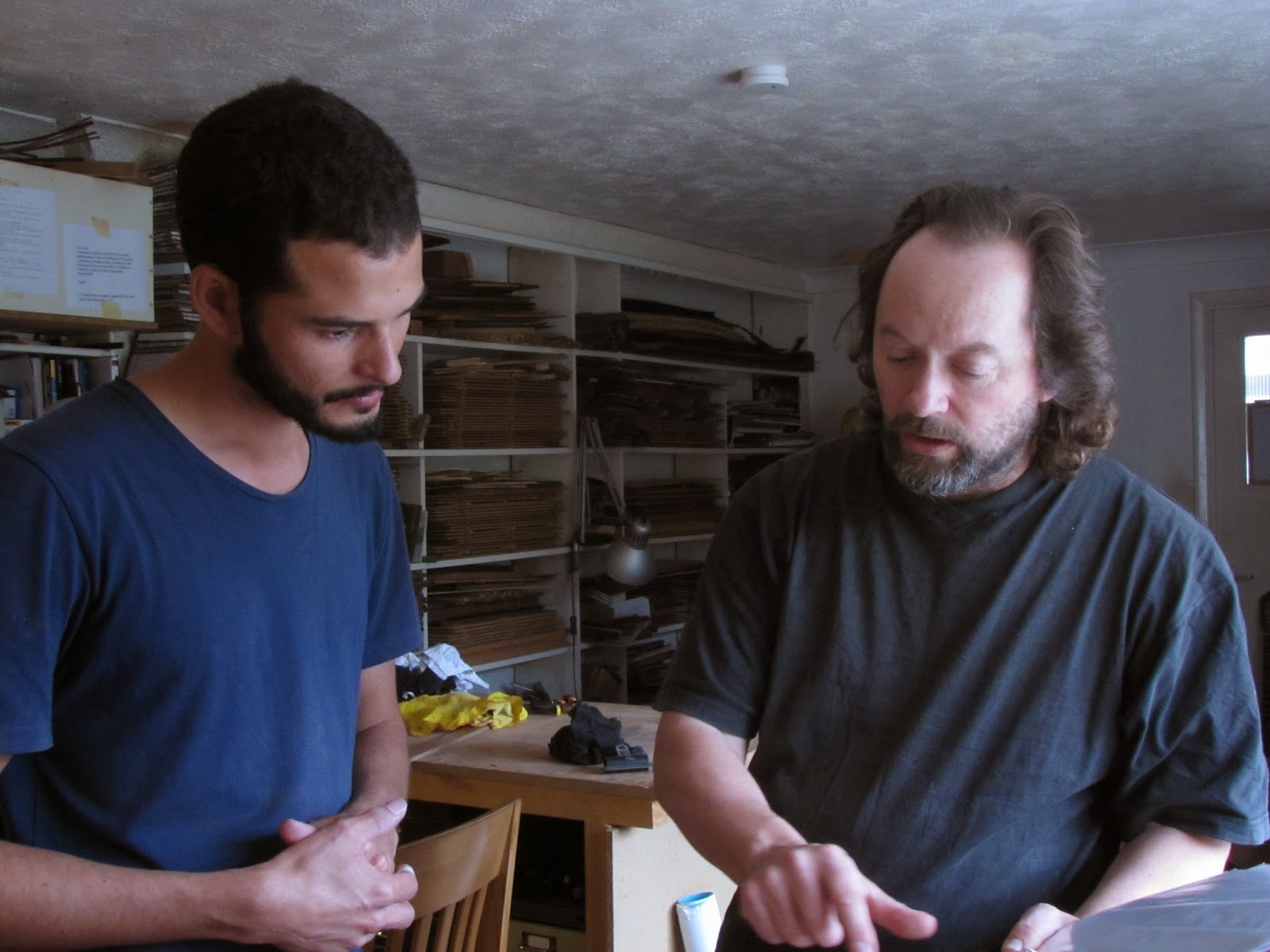 A few months ago I was contacted by Renato Oliveira  a professional guitar maker from Rio de Janeiro. Renato had been awarded a grant from the Brazilian government to travel to Europe to visit working makers to extend his knowledge of guitar making. He wondered whether he could spent some time in my workshop. I was happy to say yes and we managed to pin down a week for the end of April that suited us both. Renato was also booked in to work with Christopher Dean, and German maker Gerhard Oldiges.

David Rubio once said that you don't make a good guitar; you think a good guitar. I like talking  about guitars with other makers. I have never felt the need for secrecy about my knowledge, and I enjoy learning about other makers approach to their craft. As the week progressed, I quickly realised that Renato and I had similar approaches to many areas of our work. With only a week at our disposal, I decided to concentrate on the soundboard and so Renato and I worked on one of my contemporary tops, with Renato thicknessing and strutting the board to my pattern but adding his comments throughout the process. It was a fascinating in-depth and intensive study of this part of the guitar, and it was very interesting for me to hear another makers comments on one of my soundboards. At the end of the week I suggested that Renato should make the final voicing to the top with no input from me; I am now impatient to get this guitar finished and see if these subtle changes are evident in the completed guitar.

Guitar making aside, it is always good to listen to visitors from afar. Renato had come to Europe with his wife Natalia and it was their first visit here. Their brief impressions of the UK were illuminating and surprising (Natalia took great pleasure in the fact we take such good care of our gardens) and it was fascinating to hear of life in Brazil. I hope the rest of their stay is worthwhile, and that they will get the opportunity of a return visit.


(Below)  Rosette detail from a guitar by Renato Oliveira 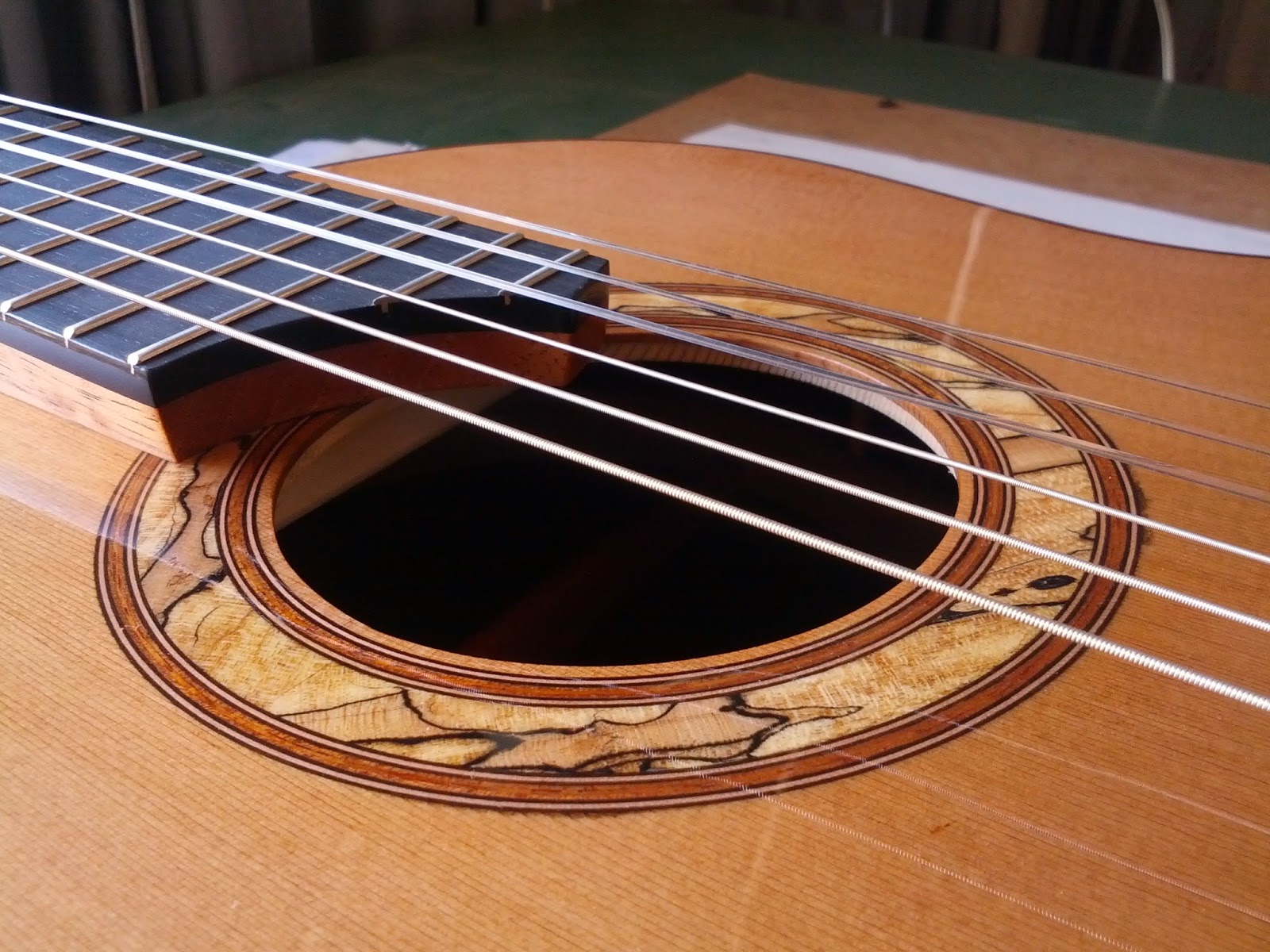